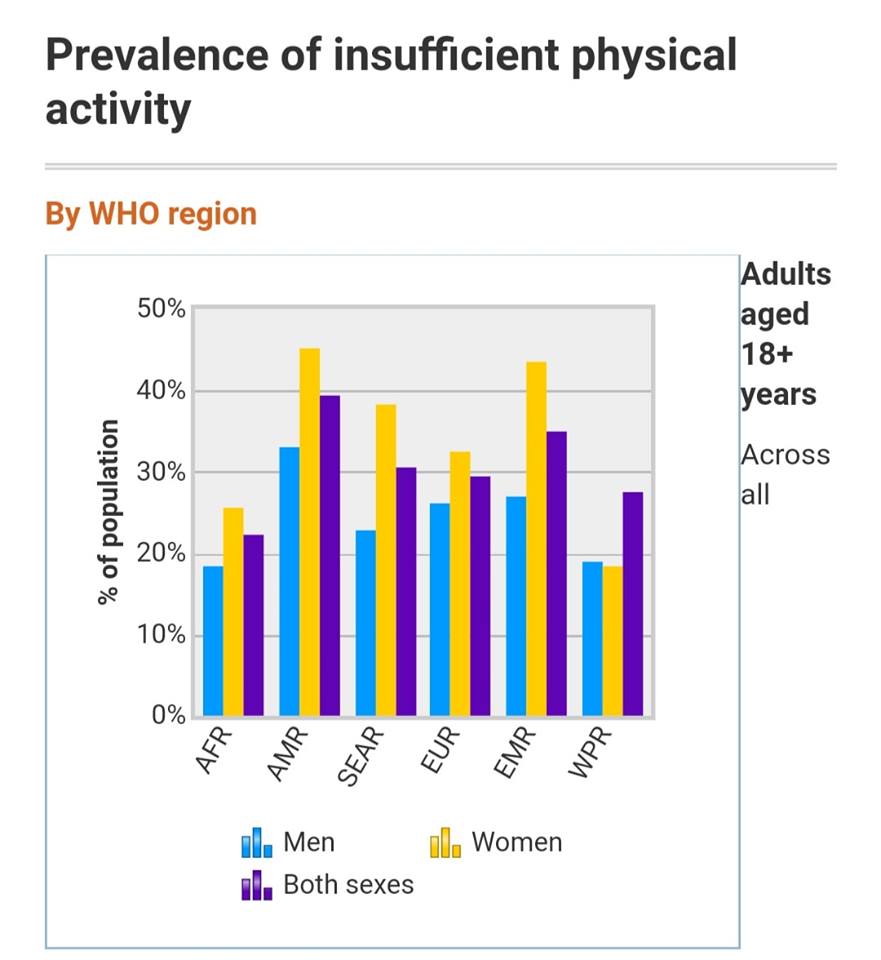 Globally in 2016, 28% of adults aged 18+ years were insufficiently physically active
Across all regions, except for the Western Pacific region, women were less active then men in 2016
In 2016, high income countries had more than double the prevalence of insufficient physical inactivity compared to low income countries for both men and women